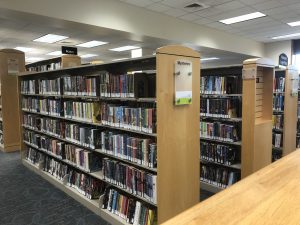 I promised on Monday that I would return with a list of some of the adult books and DVDs that are coming in September, and here I am to keep my word. This is just a partial list, but all the items below are already in our catalog and you can place a hold on any of these!

Take the Lead by Shelley Gray

The Kingdom by Jo Nesbo (I’m already on hold for this one!)

To Sleep in a Sea of Stars by Christopher Paolini

All the Devils are Here by Louise Penny

Question of Betrayal by Anne Perry

Shadows in Death by JD Robb