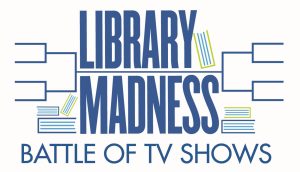 The votes have been tallied, and the 3rd Annual #LibraryMadness tournament is about to begin. I couldn’t be more excited to find out what’s the best TV show ever according to all of you! So, what do the matchups look like? Let’s take a peek!

The show with the most nominations is the delightful comedy Schitt’s Creek. In the first round, it will take on Bonanza, a show with one of the great theme songs of all time. (Aside—I’ve had nothing but TV theme songs stuck in my head now for over a week. The endless cycle of The Muppet Show, Jeffersons, and Wonder Years with an occasional hint of Game of Thrones is getting a little ridiculous.) The other Division top seeds are This is Us, Downton Abbey, and Seinfeld. But will one of these 4 shows manage to win the tournament? That’s entirely up to you! Here’s how the voting works.

Starting today, you can vote once, in person or online, for each of the matchups. You can place your votes in the comments of this blog, if you’d like. Or you can reply to our posts or tag us on social media. (We’re @NCantonLibrary on Facebook, Instagram, and Twitter.) Or pop in at the Reference Desk for a paper ballot. All votes have to be cast by 11:59 pm on Friday, March 5. By noon of March 6, I’ll update the bracket to let you know who won each matchup and what the new battles are, and you’ll again have 5 days to vote.

And that winner we’re announcing on March 31 isn’t just the TV show you have picked as the best. It is also one lucky participant who wins a gift card bundle to help with their TV addiction. So make sure you vote every round to increase your chances of winning!

And here are the matchups! Feel free to vote in the comments! 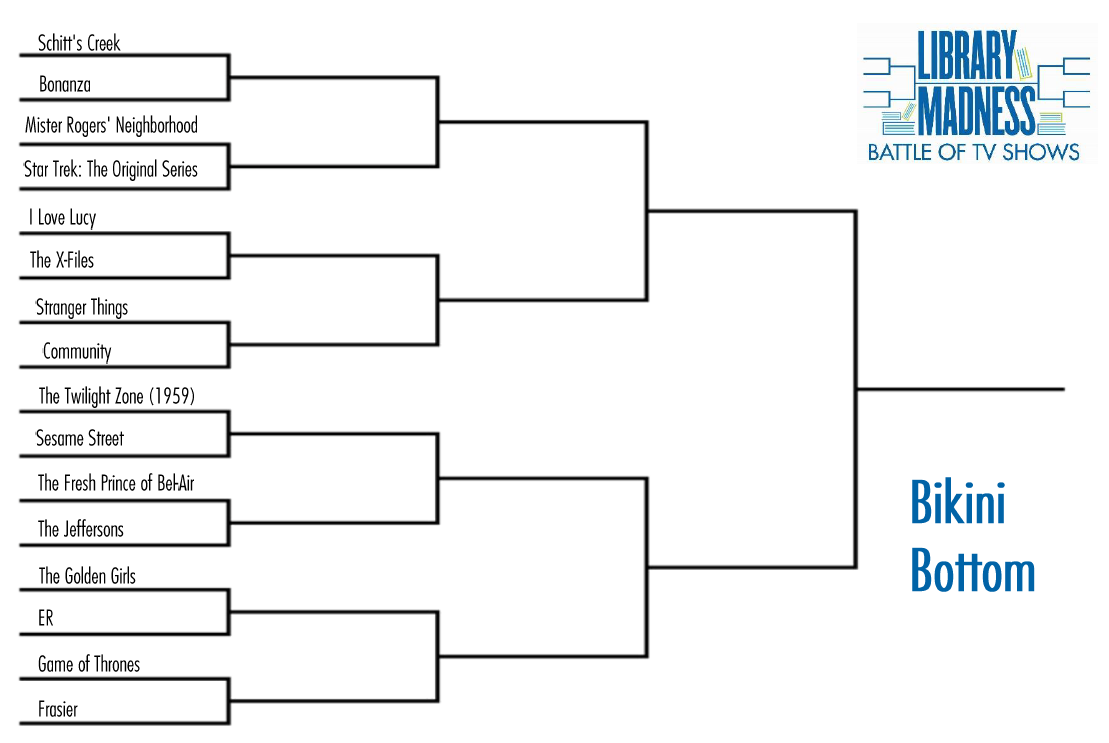 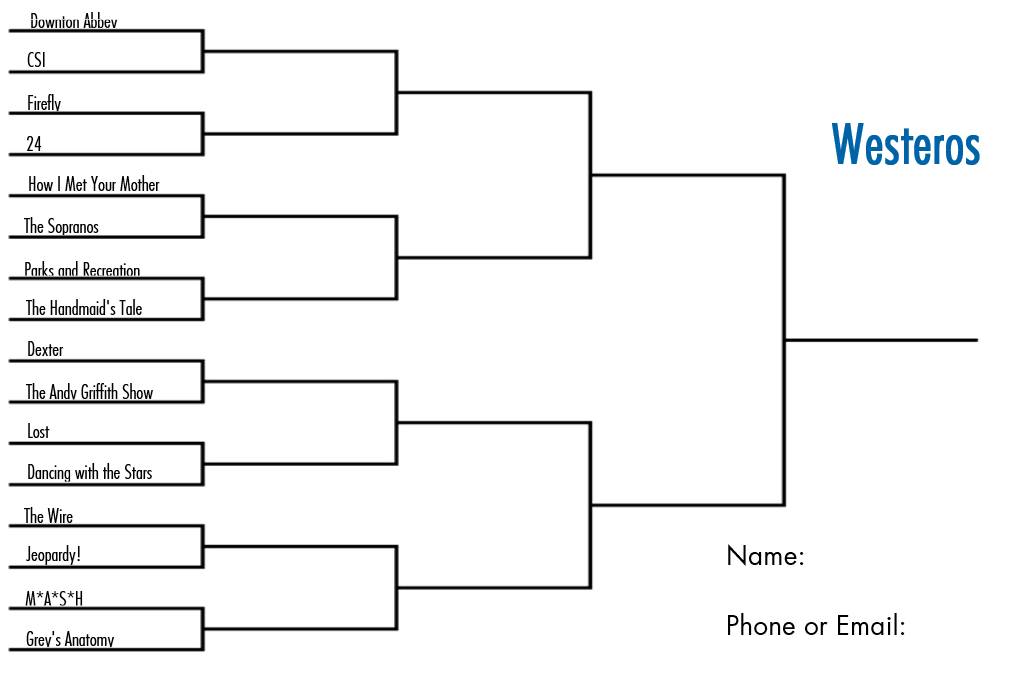 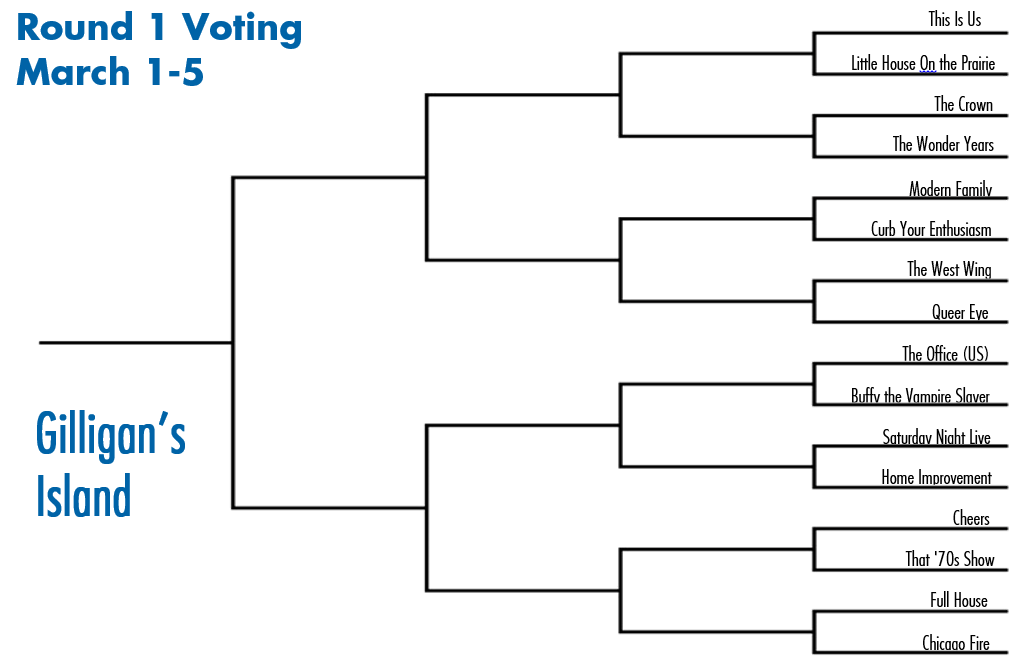 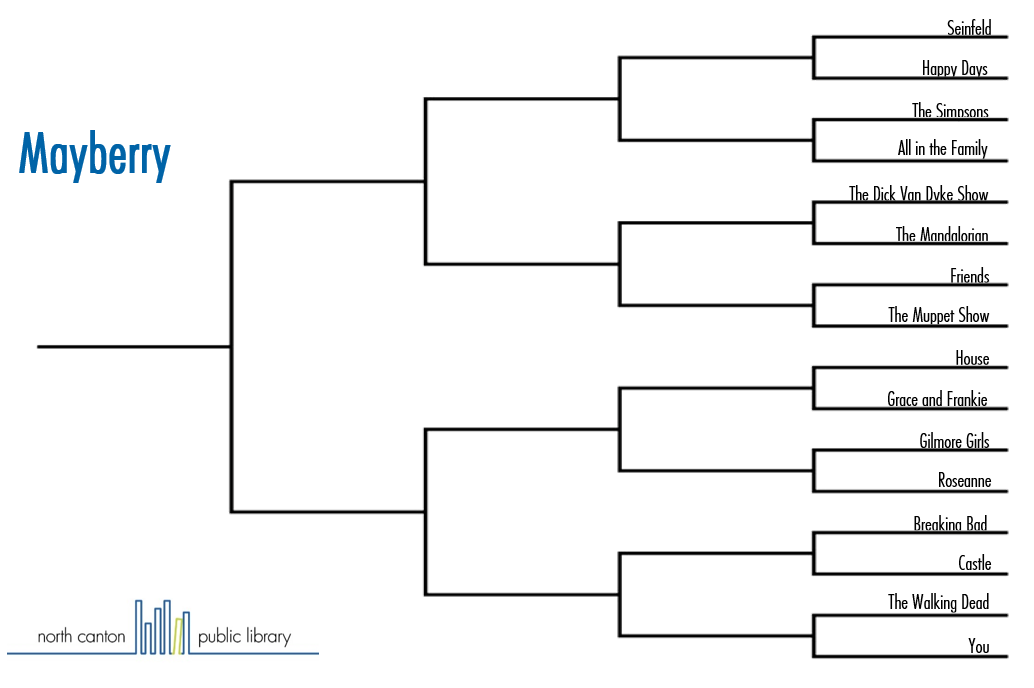 14 responses to “Let the Madness Begin”