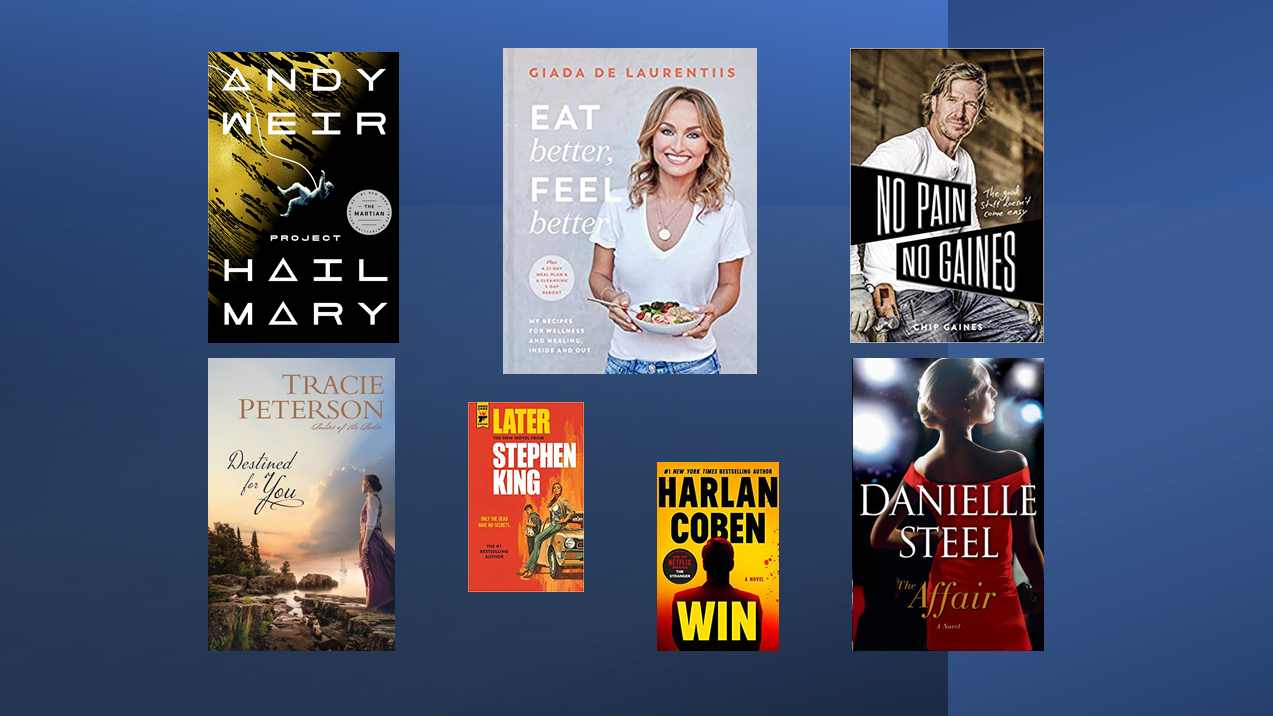 So, spring is surely on its way (Right?) so it’s time to celebrate what’s new. Below is a list of some of the new items we’re getting this month, including new fiction, nonfiction, DVDs, and music. Some of these items have already arrived and all of them are available in the catalog if you’d like to place a hold.

Danger in Numbers by Heather Graham

The Other Emily by Dean Koontz

A Matter of Life and Death by Phillip Margolin

When the Stars Go Dark by Paula McLain

No Way Out by Fern Michaels

The Red Book by James Patterson

The Affair by Danielle Steel

The Bounty by Janet Evanovich

The Robin’s Greeting by Wanda Brunstetter

Having Faith by Barbara Delinsky

Meant to Be by Jude Deveraux

Destined for You by Tracie Peterson

The AOC Generation by David Freedlander

The Art of Punch Needle Embroidery by Marie Suarez

The Barbizon by Paulina Bren

The Beauty of Living Twice by Sharon Stone

The Best Little Baseball Town in the World by Gaylon H. White

Elizabeth and Margaret by Andrew Morton

Every Day is a Gift by Tammy Duckworth

Everybody Fights by Kim and Penn Holderness

The Girl Explorers by Jayne Zanglein

How Y’all Doing? by Leslie Jordan

No Pain, No Gaines by Chip Gaines

This is the Fire by Don Lemon

When America Stopped Being Great by Nick Bryant

Work Won’t Love You Back by Sarah Jaffe

Your Brain is Always Listening by Daniel Amen

Hot to Trot by M.C. Beaton

The Kaiser’s Web by Steve Berry

The Coffee Corner by Amy Clipston

A Forgotten Murder by Jude Deveraux

The Murder of Twelve by Jessica Fletcher and Jon Land

The Stone Wall by Beverly Lewis

The Chanel Sisters by Judithe Little

The Vineyard at Painted Moon by Susan Mallery

The Red Book by James Patterson

Destined for You by Tracie Peterson

The Affair by Danielle Steel

Near Dark by Brad Thor

Band of Sisters by Lauren Willig

The Consequences of Fear by Jacqueline Winspear

A Picture of Love by Beth Wiseman

Shadow in the Cloud (Horror R)

Another Round (Drama Danish)

Two of Us (Romance French)

The World to Come (Drama R)

Mummies: Secrets of the Pharaohs

Ruth: Justice Ginsburg in Her Own Words

Some Kind of Heaven

All the Good Times by Gillian Welch (Folk)

Believe for It by Cece Winans (Religious)

The Best is Yet to Come by Bonnie Tyler (Pop)

The Fray by John Smith (Folk)

The Highlights by The Weeknd (RB)

Love is the King by Jeff Tweedy (Pop)

My Savior by Carrie Underwood (Country)