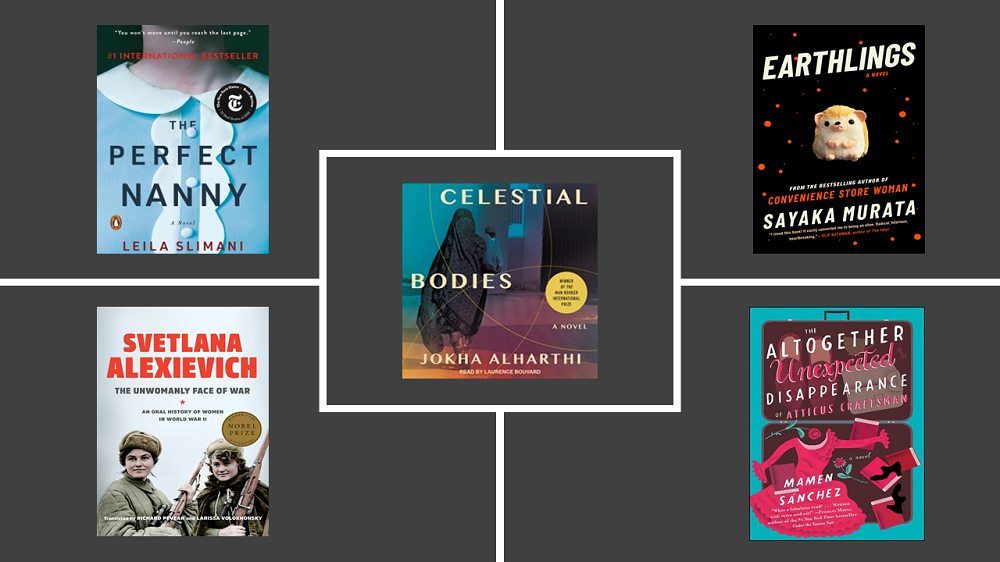 Unlike some of the other monthly themes for the Year of Reading Challenge, Women in Translation does not have the formal blessing of any government or large sponsoring organization. It is a small movement started by a book blogger in 2014 when she noticed how few books written by women in languages other than English ever get translated into English. Her goal was to promote the translated literature that already exists, and hopefully start a dialogue with publishers and others in the book world to translate more female writers.

I realize this might seem a little niche, and you might be thinking, “Why on earth is the library doing this?” The simple fact is, I love international literature, and being the monolingual reader that I am, I rely on the talents of translators and publishers being willing to publish these books. I want to read more great books from around the world, and even more than that, I want to be able to share them with all of you. So, yes, this month is a personal passion of mine, and my sincere hope is that all of you will discover a remarkable female author this August.

This has been a very successful month for me in the past, and I have discovered some great authors who I have included on this list. (For instance, Sayaka Murata’s Convenience Store Woman was my favorite book from last August!) The book you read does not need to come from this list, though—any book by a female author translated into English will qualify you for the monthly gift card drawing. If you haven’t registered yet for the Year of Reading, you can do so in Beanstack. If you want more information about the Year of Reading Challenge, read my blog here. And don’t forget to register your monthly theme book as an Activity Badge!

Persepolis by Marjane Satrapi
Translated from the French by Mattias Ripa