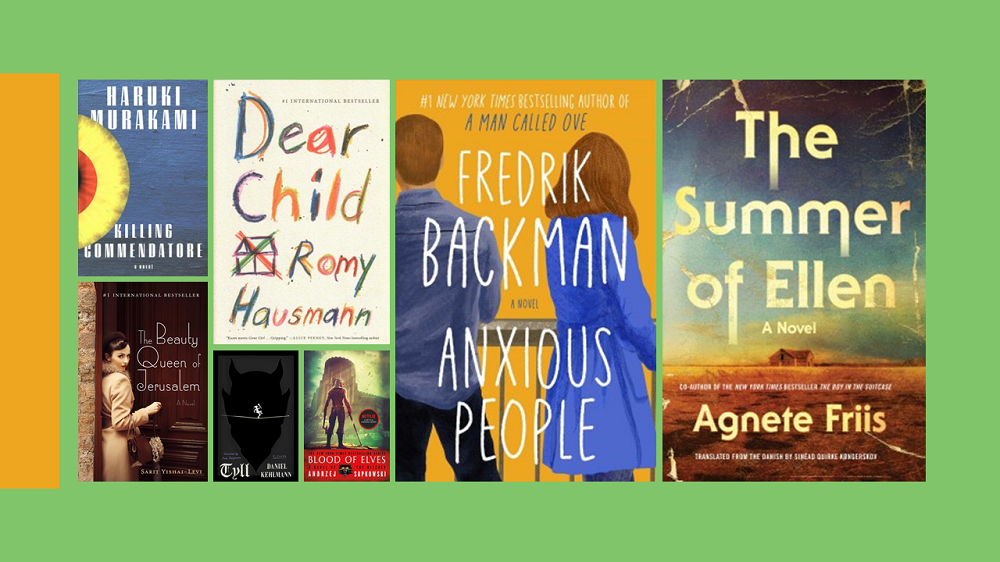 One of our Summer Reading themes is Explore Diversity, Equity and Inclusion, which means it’s also one of the Activity badges Adults can earn as an entry for the grand prize drawings. There are four different Activities that are part of the badge (you have to complete two to earn the badge), and one of those Activities is to read a book in translation. I will admit that I love international literature, so putting together this list of suggested books was a lot of fun for me. The translated book you read to check off this activity does not have to come from this list, but if you’re unsure where to start, this list might help you out.

To create this list, I used our NoveList database, which you can also use here. I also couldn’t help myself from including some of my favorites! (Dostoevsky is the best!!!! Trust me, it might seem counterintuitive, but Crime and Punishment really is a perfect summer read.) Hopefully you find a great book in translation to read this summer, and if you do, I’d love to hear about it!

A Night in the Cemetery: And Other Stories of Crime and Suspense by Anton Chekhov
translated from the Russian by Peter Sekirin

Tyll by Daniel Kehlmann
translated from the German by Ross Benjamin

The Essential Rumi by Rumi
translated from the Persian by Coleman Barks, with John Moyne, A.A. Arberry, Reynold Nicholson

Flights by Olga Tokarczuk
translated from the Polish by Jennifer Croft

Around the World in Eighty Days by Jules Verne
various translations