The Game Is Still On

The library has been closed since Tuesday, but that doesn’t mean #LibraryMadness can’t continue! We received a few in person votes, but for the most part folks got us their votes online, which I think we should keep doing for the final two rounds. So let’s do this thing, shall we?

The classic Disney cartoon, Snow White and the Seven Dwarfs, after taking down Gone with the Wind has now triumphed over Casablanca to win its division. But can it beat The Sound of Music, which just barely squeaked past Jurassic Park? Not sure where I’d put my money, were I a betting woman. On the other side of the bracket, The Wizard of Oz has been pretty unstoppable in every matchup. It now takes on Star Wars, which once again is only moving on by virtue of a tiebreaker, sinking Titanic. (Sorry again.)

So, even though we’re closed, voting continues! You have until 11:59/Midnight on Wednesday, March 25 to vote on Round 5 of #LibraryMadness. Vote in the comments here, or tag us on Facebook, Instagram, or Twitter (@NCantonLibrary). 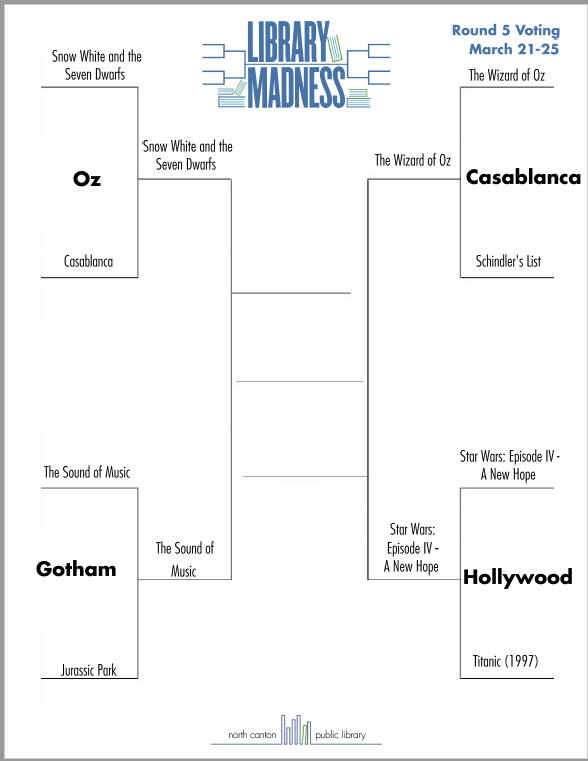 12 responses to “The Game Is Still On”