Round 3 voting for #LibraryMadness wrapped up at midnight, and WOW, there were some close calls, and by close, I mean there were two ties. Thanks to its higher ranking, Casablanca will be moving on to face upset winner, Snow White, which took down Gone with the Wind. And The Sound of Music had its first real contest, only winning by virtue of a tiebreaker over The Lord of the Rings. The beloved musical now faces Jurassic Park, the movie that garnered the most votes in Round 3.

On the other side of the bracket, The Wizard of Oz is now up against Schindler’s List, both of which have been strong contenders throughout. Star Wars handled Mary Poppins, but will it now be able to sink Titanic? (Sorry.)

Who knows! It’s time to vote. You have until 11:59 pm/Midnight of Friday, March 20. We encourage you to vote online, either by leaving your vote in the comments of this post, or by tagging us on Facebook, Instagram, or Twitter. (We’re @NCantonLibrary on all those platforms.) 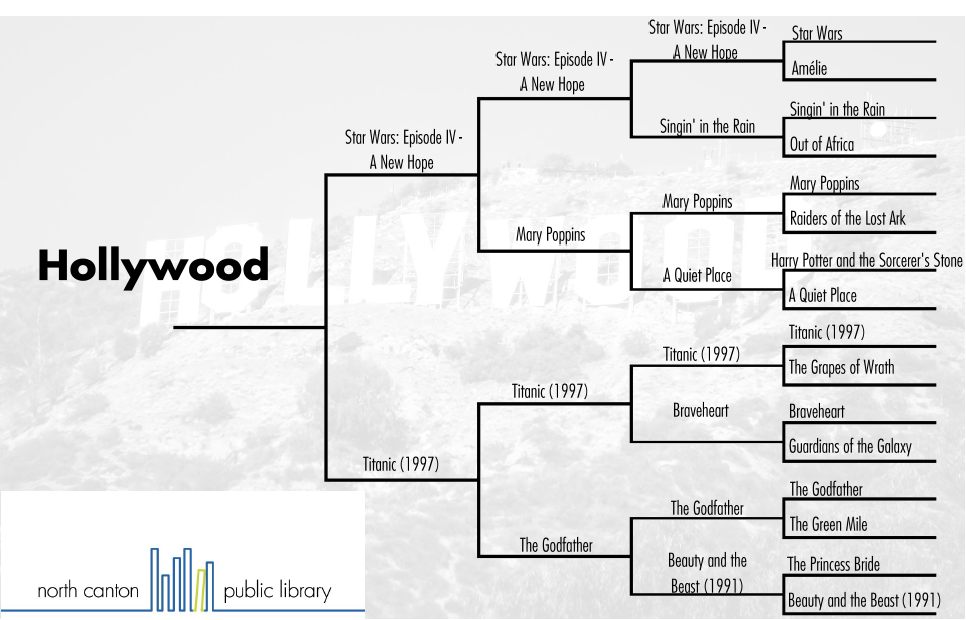 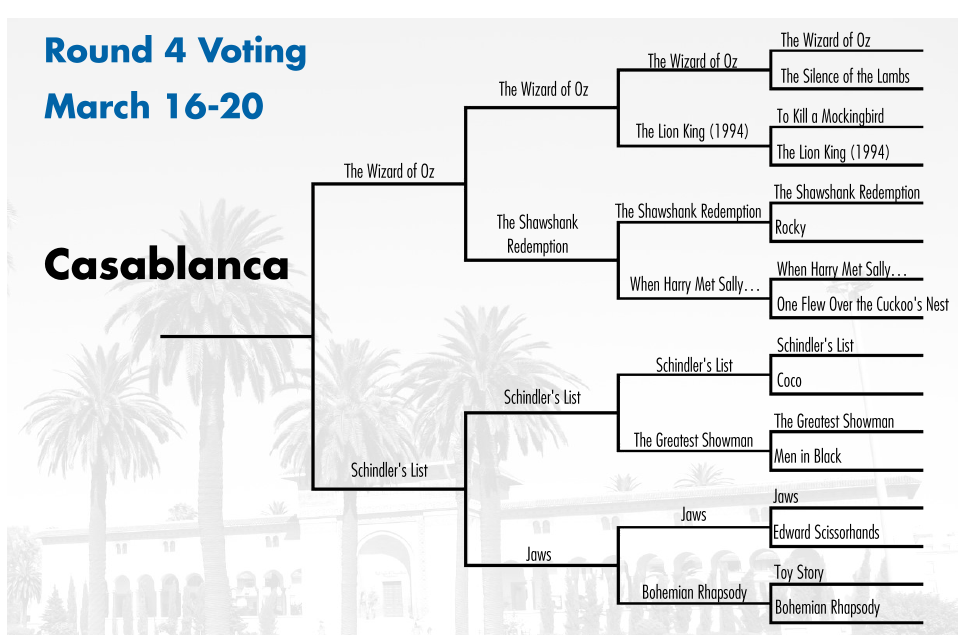 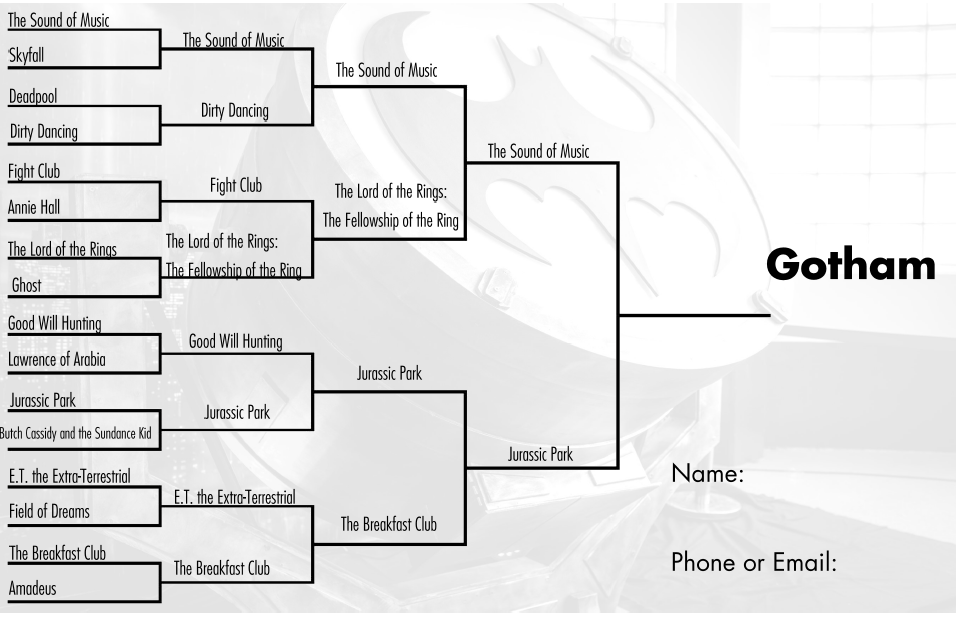 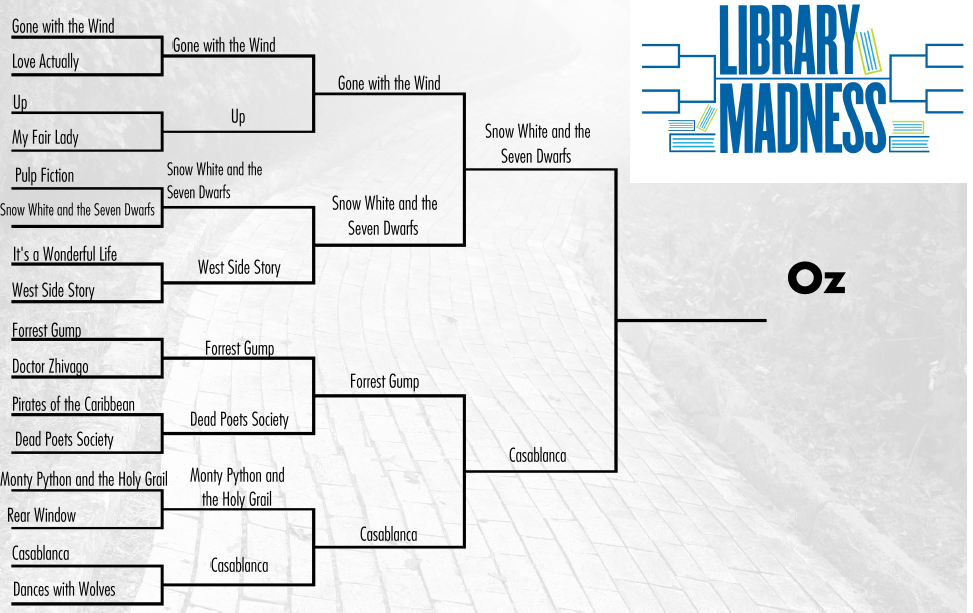