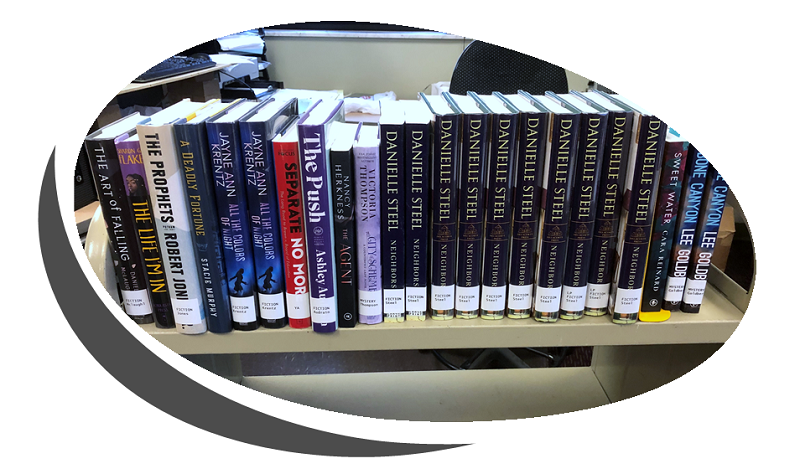 It’s not just a new month, but a new year, and better yet, we have plenty of new books and DVDs for adults! Below are just some of the new items we’ve already got or will be getting this month. Everything can be placed on hold in our catalog. So get yourself something to read and watch and then snuggle in at home away from the January cold.

The Lost Boys by Faye Kellerman

All the Colors of Night by Jayne Ann Krentz

The Scorpion’s Tail by Douglas Preston and Lincoln Child

No Holding Back by Lori Foster

The Forever Girl by Jill Shalvis

Walking with Ghosts by Gabriel Byrne

Let the Lord Sort Them by Maurice Chammah

The FBI Way by Frank Figliuzzi

Religion and the Rise of Capitalism by Benjamin M. Friedman

Grow Your Own Spices by Tasha Greer

Women, Men, and the Whole Damn Thing by David Leser

The Power of Ethics by Susan Liautaud

The Crooked Path to Abolition by James Oakes

The Eagles of Heart Mountain by Bradford Pearson

When Brains Dream by Antonio Zadra and Robert Stickgold

Robert. B. Parker’s Someone to Watch Over Me by Ace Atkins

Murder in the First Edition by Lauren Elliott

Before She Disappeared by Lisa Gardner

The Scorpion’s Tail by Douglas Preston and Lincoln Child

Once Dishonored by Mary Jo Putney

The End of Alzheimer’s Program by Dale E. Bredesen

Planted with a Purpose by T.D. Jakes

All My Life (Drama)

Let Them All Talk (Comedy)

Love, Weddings and Other Disasters (Comedy)