How Sweet It Is

We’re down to 16 movies in #LibraryMadness, and there were some interesting matchups in Round 2, and I think we’re going to have some fun in Round 3. Here’s what’s happening.

We had our first tie in Round 2. My tiebreaker has always been to give the win to the higher ranked movie under the assumption more people nominated it in the beginning. (If there’s ever a tie where both received the same number of nominations, I’m not sure what I’ll do. Maybe flip a coin?) The important fact for now is that Star Wars has triumphed over Singin’ in the Rain. Will the classic space opera prove as ultimately successful over its next musical revival, Mary Poppins? Who knows.

Below are the current matchups. You have until 11:59 pm/Midnight on Sunday, March 15 to vote. Leave your votes in the comments here, fill out a form in the Library, or tag us (@ncantonlibrary) on Facebook, Instagram, or Twitter with the hashtag #LibraryMadness. 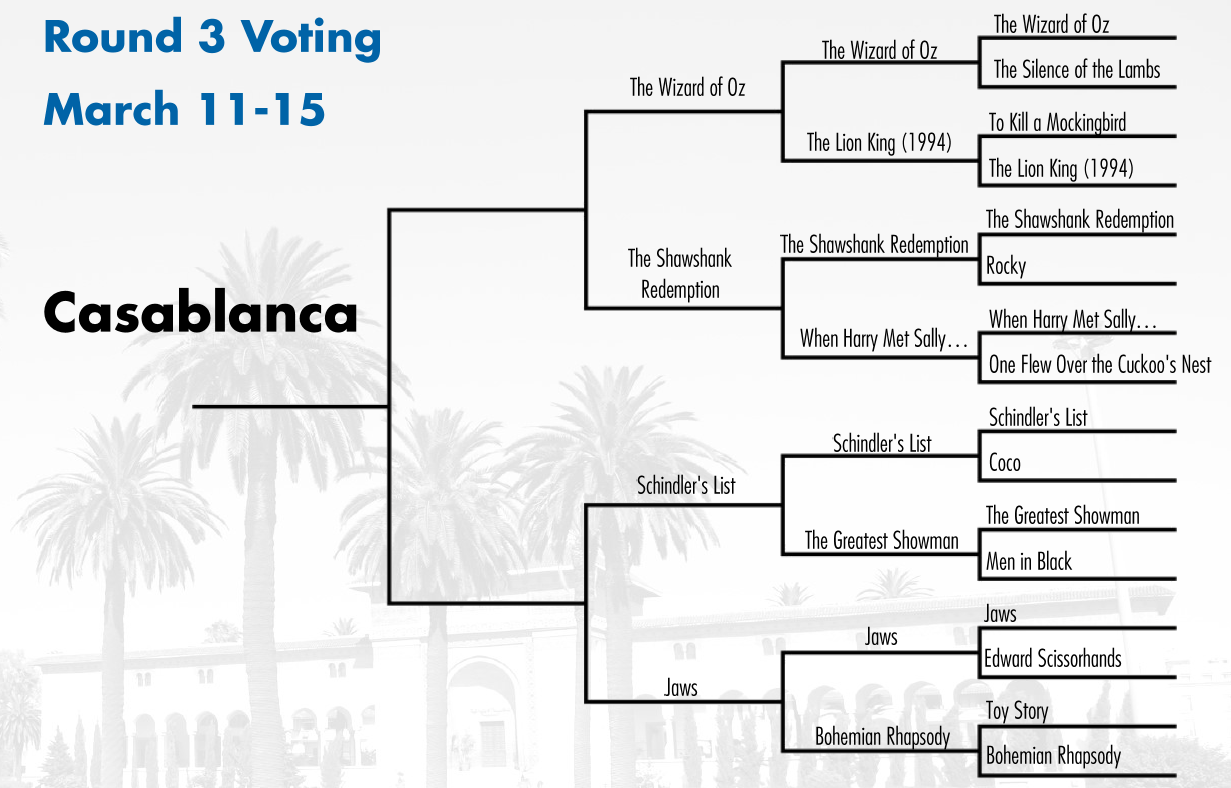 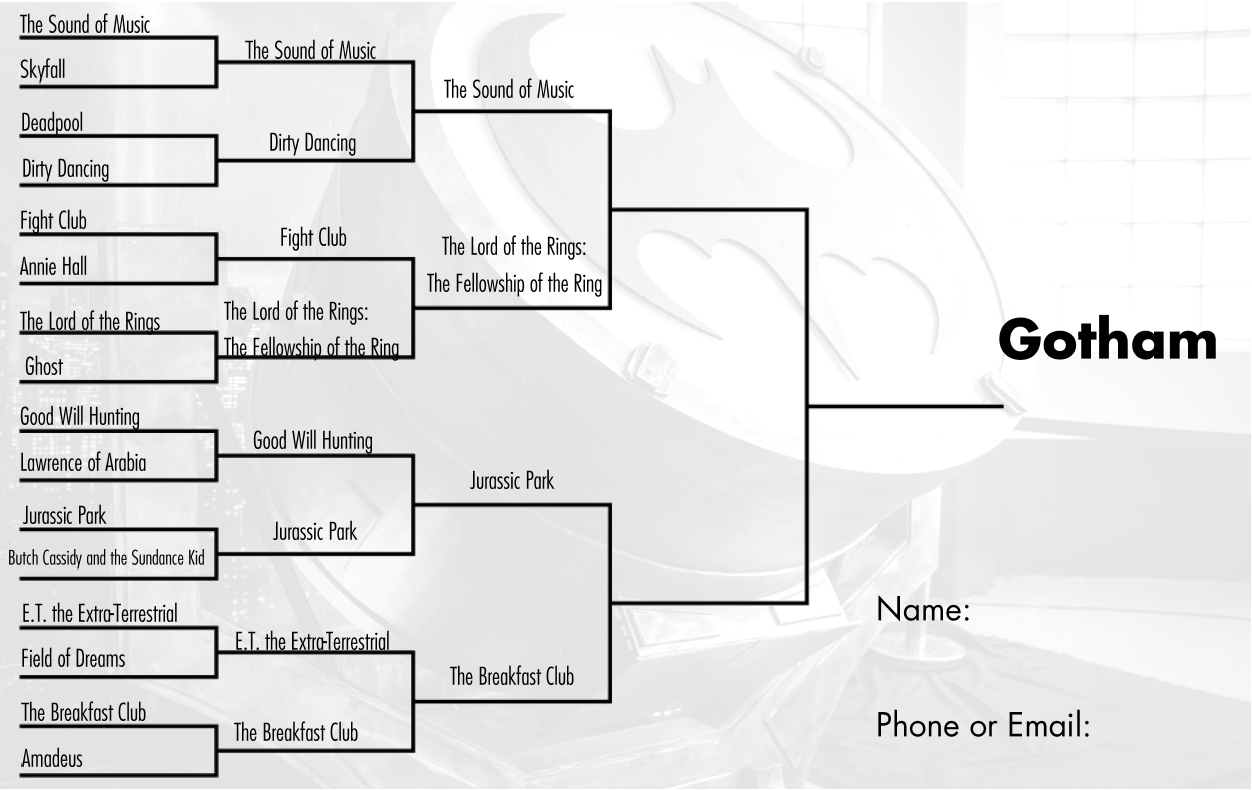 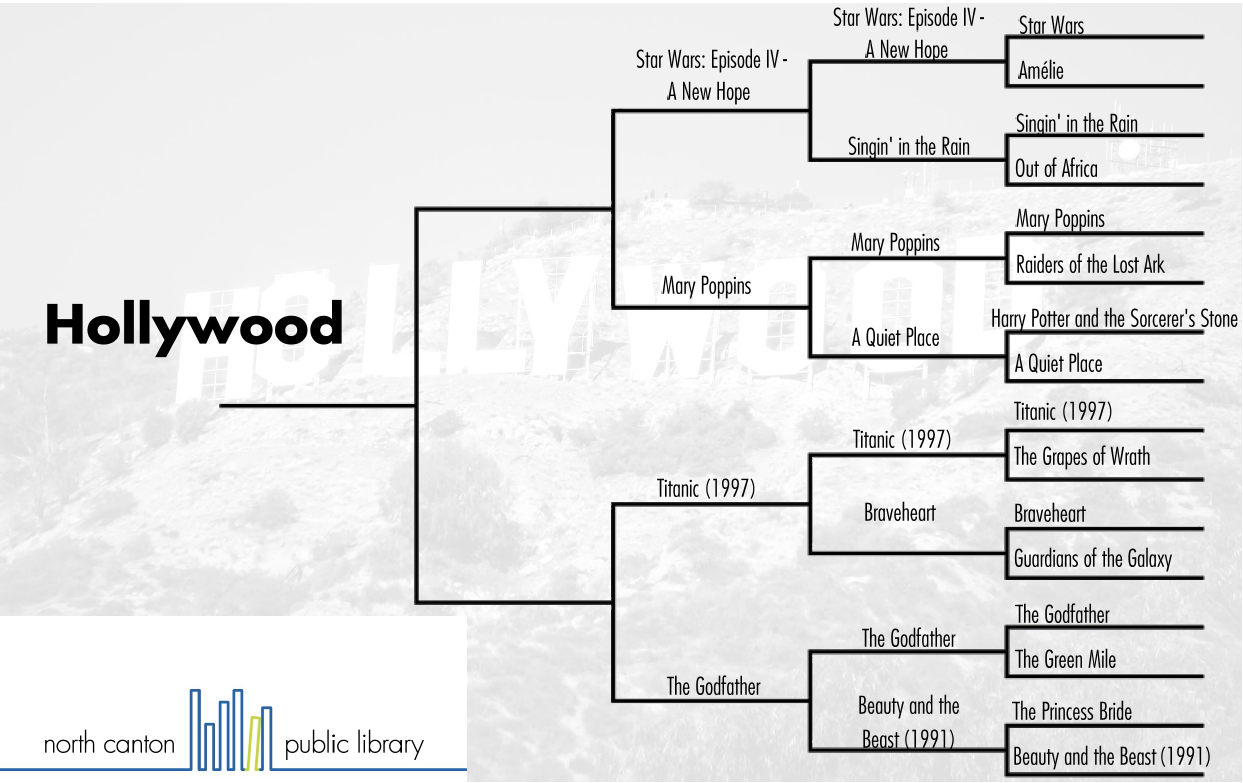 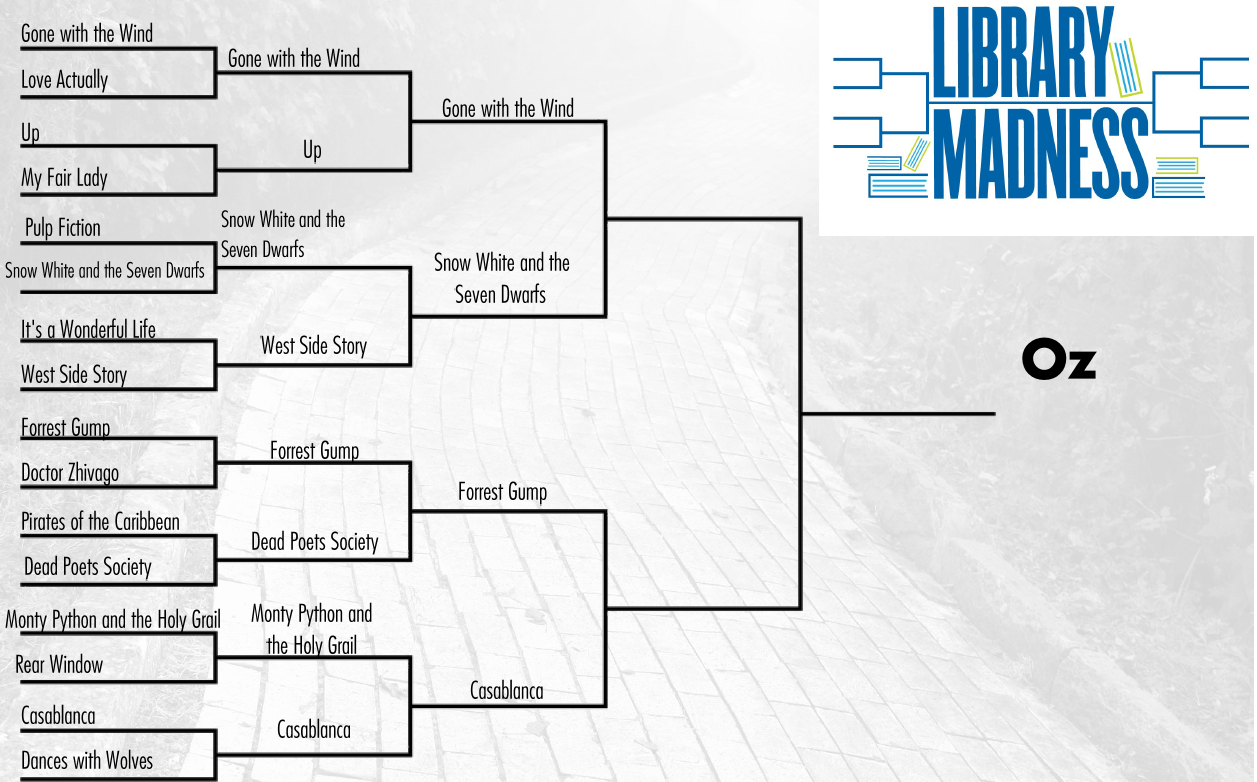