It’s that spooky time of year again when even folks who aren’t normally horror readers dive into something a little scary, or at least a bit eerie or otherworldly. But maybe you aren’t sure what to read. There are those classic horror books you’ve been meaning to get around to, but then you think perhaps you should try something newer.

Well, if you’re looking for some possibilities, below are four classics of horror paired with recently published readalikes. The suggestions and descriptions were taken from NoveList, our fantastic database for finding what to read next. (You can use NoveList by selecting it from the alphabetical list on our database page.)

So, let’s look at some horror! 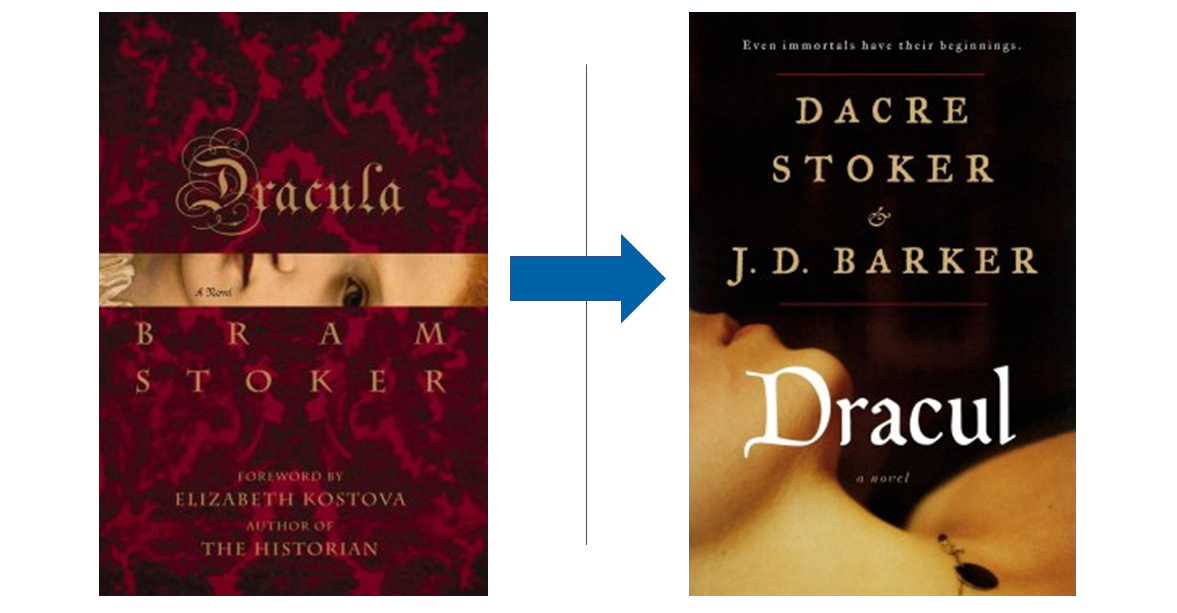 There may have been vampires before Dracula, but Jonathan Harker’s account of his trip to Dracula’s castle and the terrifying events that follow is the quintessential vampire story. Working from Stoker’s own notes, one of his descendants, Dacre Stoker, along with J. D. Barker wrote the prequel to the Victorian classic. NoveList says that Dracul “reveals the iconic vampire’s origin story, the early years of Bram Stoker and the tale of the enigmatic woman who connected them.” So if you’ve always been intrigued by the original, definitely check out this tale of how it all came to be. 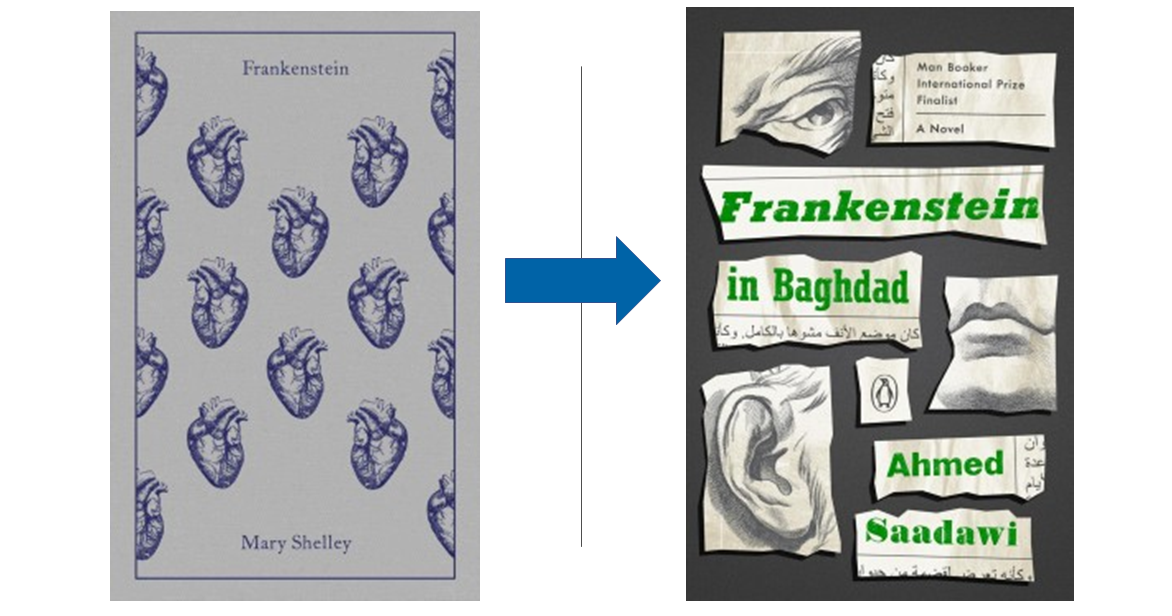 Dr. Frankenstein creates a “monster” for which he refuses to take responsibility, and his creature, “rejected … and denied human companionship, sets out to destroy his maker and all that he holds dear.” (from NoveList) It’s a sad tale of human nature at its worst, and like all great classics, one that can be applied again and again to the world around us. That’s just what Saadawi has done, examining the state of corruption and terror in modern Baghdad through the tale of Hadi, a man who stitches together body parts from the streets of the city that the Iraqi government refuses to give a proper burial. Until one day, Hadi’s creation comes to life. Saadawi’s book is perhaps less horror than musings on the state of humanity, but that’s part of what makes it an heir to Shelley’s original.

The Strange Case of Dr. Jekyll and Mr. Hyde by Robert Louis Stevenson and We Are Monsters by Brian Kirk 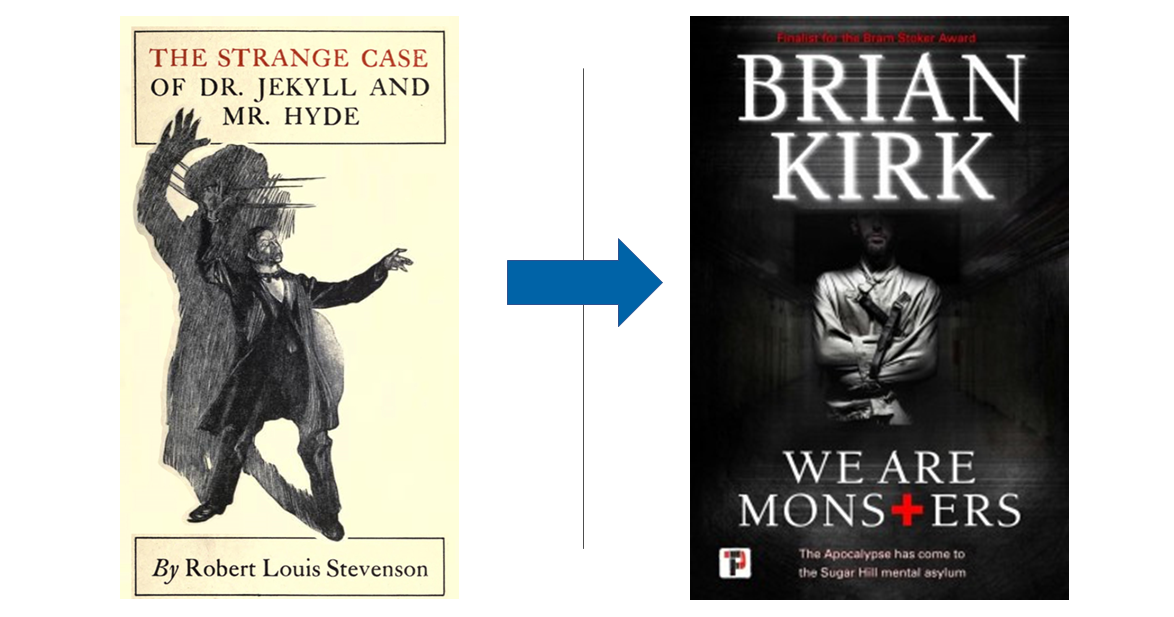 Dr. Jekyll is a sad figure, a man wracked with obsession and an unhealthy thirst for knowledge at any price, as his experiments lead to Mr. Hyde and destruction. Kirk covers similar territory in his novel, telling the story of a psychiatrist who, when he loses his funding for his schizophrenia treatment, “begins testing it on his asylum’s criminally insane, triggering a series of side effects that opens the mind of his hospital’s most dangerous patient, setting his inner demons free.” (from NoveList) 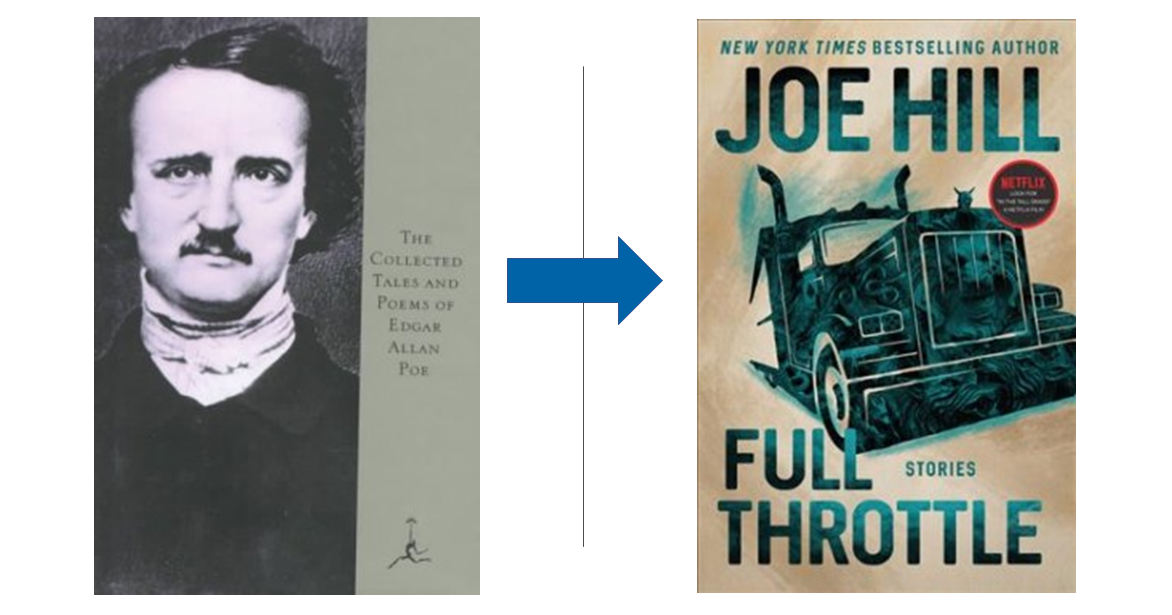 When we think about horror stories, many of us immediately jump to the tales of Edgar Allan Poe. Classics like “The Cask of Amontillado,” “The Pit and the Pendulum,” and “The Tell-Tale Heart” have the power to send shivers up a person’s spine just by hearing the titles. Modern horror master, Hill, follows in Poe’s footsteps as he, “Dissects timeless human struggles in thirteen relentless tales of supernatural suspense.” (from NoveList)

The library’s catalog is back up and running, so swing by to find these titles. All books here are available either in hard copy, book on CD, ebook, or e-audio.