Written on September 1st, 2021 by Shelia 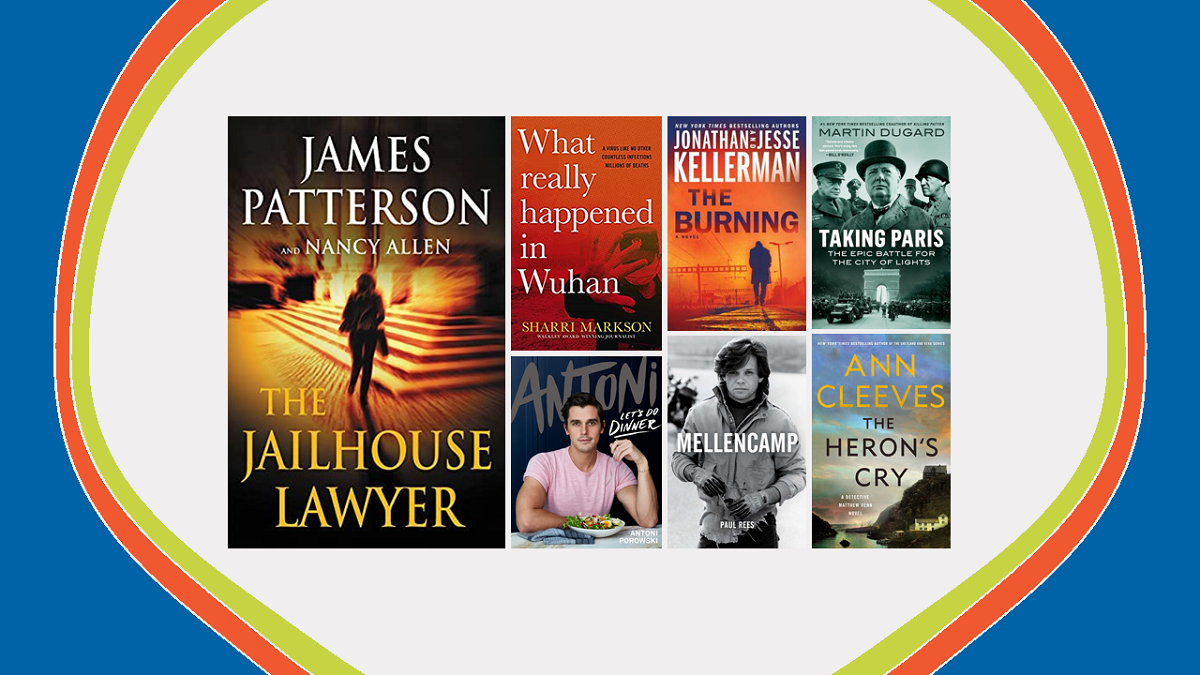 It’s a new month, and we have a great selection to share with you of new books, DVDs, and CDs for adults. There’s new Nicholas Sparks, Craig Johnson, and Beverly Lewis in fiction. The HBO limited series Mare of Easttown, as well as new seasons of The Blacklist and Young Sheldon on DVD.  Plus we have dozens of new movies, music, and nonfiction for every taste. Take a look at the list below, and then hop over to the catalog  and start placing holds on some great new stuff!

The Burning by Jonathan Kellerman

Enemy at the Gates by Kyle Mills

The Jailhouse Lawyer by James Patterson

Forgotten in Death by J.D. Robb

The Wish by Nicholas Sparks

The Lincoln Highway by Amor Towles

An Untidy Death by Simon Brett

The Heron’s Cry by Ann Cleeves

Daughter of the Morning Star by Craig Johnson

A Tryst of Fate by Piers Anthony

The Lady of Caladan by Brian Herbert

The Heart of Splendid Lake by Amy Clipston

The Beginning by Beverly Lewis

American Happiness and Discontents by George F. Will

The Antisocial Network by Ben Mezrich

The Bidens by Ben Schreckinger

Help is Here by Max Lucado

Living with Robots by Ruth Aylett

The Mountbattens by Andrew Lownie

What Really Happened in Wuhan by Sharri Markson

Yours Cruelly, Elvira by Cassandra Peterson

The Return by Jonathan Cahn

The Heron’s Cry by Ann Cleeves

In Her Tracks by Robert Dugoni

Along a Storied Trail by Ann H. Gabhart

People We Meet on Vacation by Emily Henry

The Beginning by Beverly Lewis

The Jailhouse Lawyer by James Patterson

The Wish by Nicholas Sparks

The Elephant of Belfast by S. Kirk Walsh

The Dressmakers of Auschwitz by Lucy Adlington

The Agitators by Dorothy Wickenden

As Luck Would Have It (Drama Hallmark)

How to Deter a Robber (Comedy)

John and the Hole (R Drama)

Out of Death (Suspense R)

The Evil Next Door (Horror Swedish)

When Calls the Heart Movie Collection 8

Bible and the Qur’an: A Comparative Study

Downing of a Flag (confederate)

Exhumed: A History of Zombies

A Grand Tour of Italy

Holy Land: A Pilgrimage Through the Footsteps of Jesus

The Mysteries of Mental Illness

On These Grounds (racism)

In the Blossom of Their Shade by Pokey LaFarge (folk)

Lifeforms by Angels and Airwaves (rock)

Live in Denver by TobyMac (religious)

Moments in Between by Ruth B. (rock)

One Way Out by Melissa Etheridge (rock)

Sitting Pretty on Top of the World by Lauren Alaina (country)

Sometimes I Might Be Introvert by Little Simz (rap)

This is How the World Ends by Badflower (rock)

Without Remorse by (soundtrack)