Round 1 of #LibraryMadness wrapped up at Midnight, and I’m not going to lie—some of the results are pretty surprising. Possibly the most unexpected outcome is the elimination of Harry Potter and the Sorcerer’s Stone, which was taken down by a single vote by the Emily Blunt horror film, A Quiet Place. Two of the #2 seeds also lost out—Toy Story going down to Bohemian Rhapsody and The Princess Bride losing out to Beauty and the Beast.

But some votes will shock pretty much no one. The Sound of Music garnered the most votes, and of his 5 movies in the tournament, all of Steven Spielberg’s films have moved onto Round 2 with the exception of Raiders of the Lost Ark. (I’m not going to pretend Indiana Jones getting eliminated in the first round doesn’t make me incredibly sad.)

Round 2 is now available for voting through the end of the day Wednesday. There are some fun matchups I’ll be keeping my eye on, such as the battle of the 90s epics (Braveheart v. Titanic), as well as complete opposites (Casablanca v. Monty Python and the Holy Grail). To vote, stop in and pick up a sheet at the Reference Desk, put your votes in the comments to this blog, or tag us with the #LibraryMadness hashtag on Facebook, Instagram, or Twitter (@NCantonLibrary). 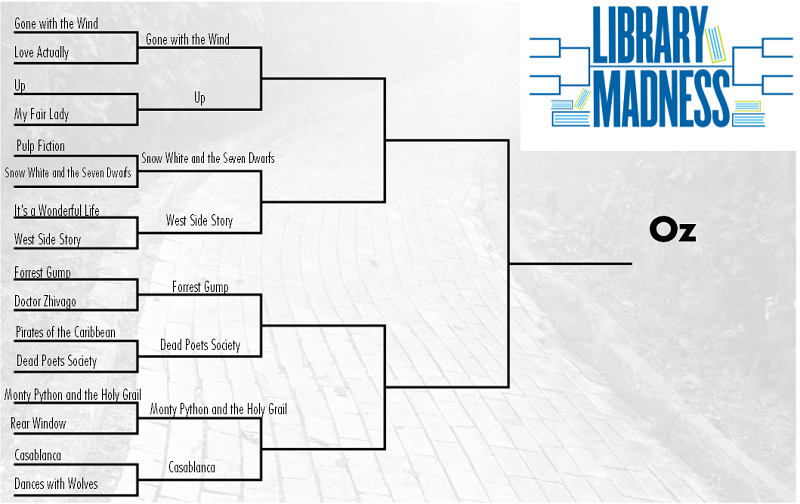 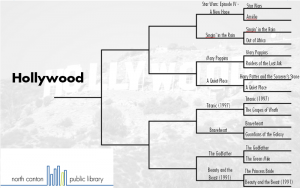 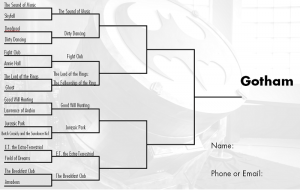 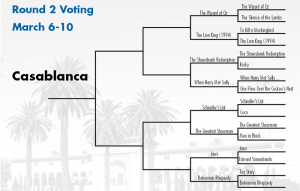 2 responses to “Every Vote Counts”